Between January and October 2019, Russia manufactured 341.3 bln RUB worth of pharmaceutical drugs (manufacturers’ prices, VAT included), which is in monetary terms (rubles) 23.6% higher than that of the same period in 2018. In physical terms, the dynamics are only +0.8% in units and +0.4% in minimum dosage units (MDU). The total production volume is 3.5 bln units and around 57.9 bln MDUs. 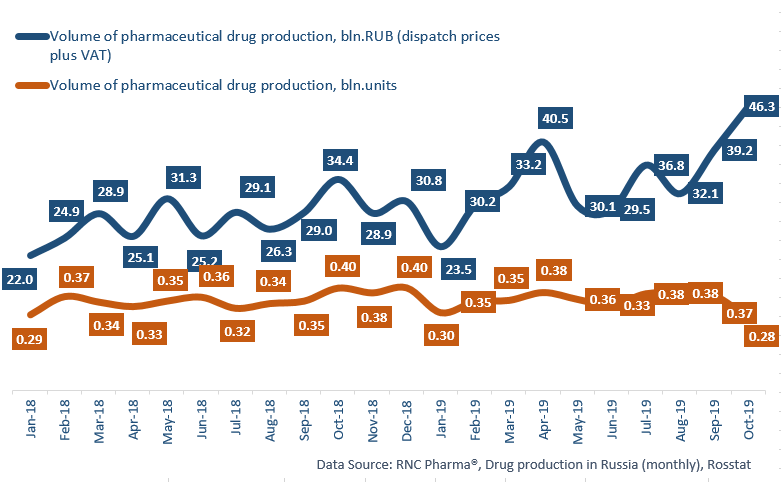