Among the top 15 companies with the biggest ready-made drug import, Astellas and Alexion have the highest dynamics in monetary terms with a 2.3 and 2 times increase, respectively. Astellas increased their dynamics mainly by import of Flemoxin Solutab and Advagraf, which were not imported to Russia between January and March 2018, while Alexion increased their dynamics by import of Soliris.

As for in-bulk drug importers, Roche is the absolute leader with an 8.2 times increase. Out of 19 trademarks that Russia imported between January and March 2019, 7 were in-bulk. However, since these drugs had been imported earlier as well, that is not the result of wider localization but different import frequency. The company’s local partners are still R-Pharm and Pharmastandard.

Dynamics of import of pharmaceuticals, including homeopathic and seawater drugs, to Russia, free circulation prices including customs clearance and VAT, RUB (January 2018 – March 2019) 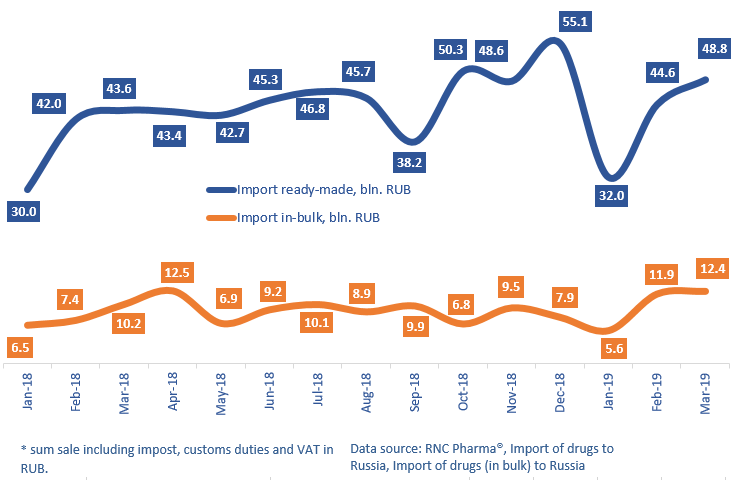