China is followed by Slovenia—the latter’s imports rose by 20% in monetary terms. Working with KRKA, Slovenia increased its imports of losartan (volumes increased 3.3 times from 2021) and amlodipine (volumes doubled), which contributed to the growth rates the most. The Netherlands placed 2nd in physical terms—its imports grew 11.4 times against March 2021. Three Russian companies worked with the Netherlands, with Veropharm accounting for the largest volume. The import of lactulose contributed to the country’s growth rates the most.

Apart from India, USA and Spain saw the worst growth rates, –70% and –65%, respectively. USA stopped cooperating with one out of its two Russian partners, importing only bile (–49% in physical terms). As for Spain, the number of its partners went down from 17 to 7, and the number of imported APIs from 21 to 6. In particular, the import of amoxycillin fell by 61%. 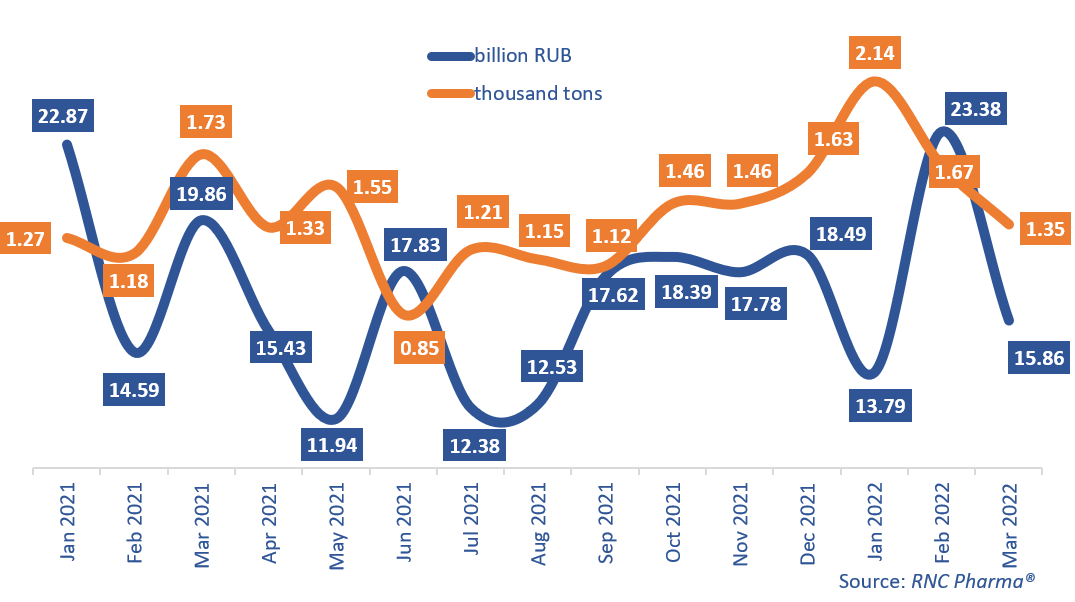