Due to the coronavirus pandemic and a number of other factors, both macroeconomic and regulatory, the monthly dynamics are somewhat different from those in 2019. In particular, the manufactured volume has risen by +27% since February 2020 and by +14% since March 2019. The long-term dynamics in monetary terms are very mild, while the monthly dynamics are even negative. In March, we saw several waves of rush demand for pharmaceuticals, mostly low-cost drugs, due to the growing incidence of COVID-19 in Russia, and the manufacturers had to increase production.

Despite the pandemic, the dynamics of the Rx and OTC manufacture in physical terms are still fundamentally different, +7.8% and -5%.

As for OTC drugs, Slavapteca has the highest dynamics. The company’s manufacture has grown by 4 times in physical terms due to the increased production of Activated Carbon (by 2.1 times) and Citramon (+94%). Pharmstandard has the lowest dynamics in the top, with -38%. While the manufacture of Arbidol has grown by 2.4 times, the production of the company’s other drugs have decreased. 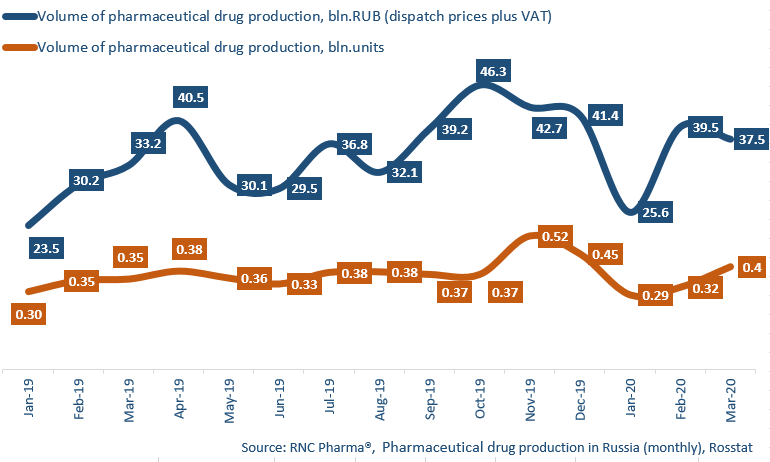