The most imported technical APIs are Fluconazole, imported by Aktivny Komponent, and Chondroitini sulfas, imported by Sintez (Kurgan). These APIs were also imported as pharmacopoeial APIs, although not as much. 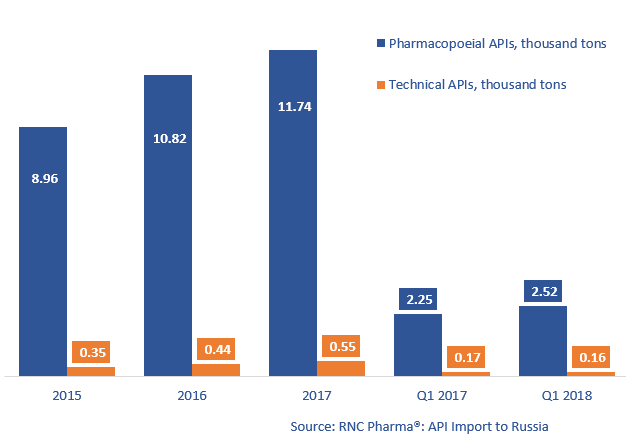