Russian manufacturers produced 149.6 billion rubles worth of pharmaceutical drugs between January and March 2021 (manufacturer’s prices, VAT included), up 47% from the same period last year in monetary terms (rubles). While it is early to make predictions, it has been the highest growth rate in five years. The growth rate in physical terms (units) was +7%, with the production volume of 1.07 billion units. The growth rate was even lower, if calculated in MDUs (minimum dosage units), reaching 4.2%, with the production volume of 19.4 billion MDUs.

Tula Pharmaceutical Factory had the highest growth rates among the top 20 manufacturers of Rx drugs. The company’s manufacture increased 8.7 times in physical terms. Only the production of powder for preparation of oral solution Magnesium Sulfate, in fact, contributed to the company’s growth rates out of the five trade names produced. Tula Pharmaceutical Factory is followed by Merck Group, which increased its manufacture 2.8 times. The company produced drugs of only three trade names, and the manufacture of Concor and Glucophage had the biggest growth rates, having increased 2.9 and 3 times, respectively. Since Merck Group does not have its own production capacities in Russia yet, both drugs are produced at the contract plant Nanolek in the Kirov Region. 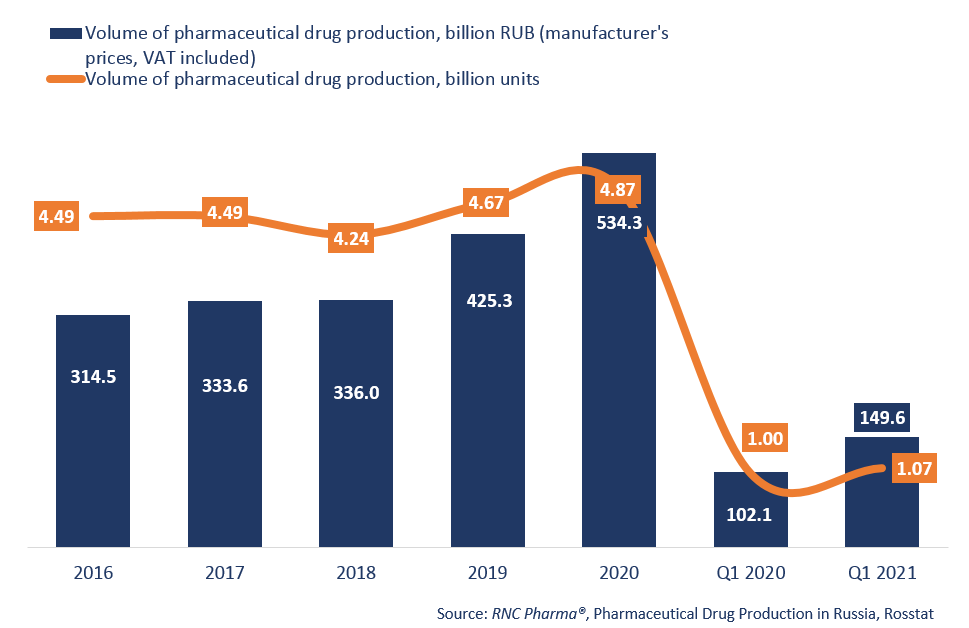