The pharmaceutical market is actively preparing for a drop in demand at the moment. At best, the retail dynamics will hardly go beyond stagnation by the end of the year, even though March turned out to be busy. With the stocks replenished during the hype being used now, the consumption curve is already noticeably lower than it usually is at this time of year. The president, however, “promises” the second wave of coronavirus, but its intensity and impact on demand is unlikely to be stronger than that of the first one, just like movie sequels rarely turn out to be more successful than the originals. The epidemic and the fight against it did resemble a movie, with all the street washing with antiseptics, demonstrative capture of violators of the electronic pass regime and then the mask one, etc. COVID-19 has also become an excuse for public officials to gain hype, although often rather clumsy.

Legislative activity has also been explosive, with the officials simulating violent activity, attempting to push through stale drafts and much more. However, this “legislative fever” had one important consequence for the pharmaceutical marker. The legalization of the online drug trade has finally moved forward. While it has a lot of limitations that the opponents of the initiative managed to get, and a lot of ridiculous and illogical requirements, which can be explained only by the desire not to let new players onto the market, it is already a matter of time and, hopefully, quite a short one.

Pharmaceutical enterprises did not close during the crisis; the pharmaceutical market was, in a sense, not affected by direct prohibitions. At the same time, it was obviously problematic to stay completely away from restrictive measures. Some pharmacy chains suspended the work of a significant number of pharmacies, including those at shopping centers and airports, which used to be natural traffic generators. Now traffic has noticeably decreased even at checkout in supermarkets, and in-demand products have changed. This might not end together with the epidemic; supermarket traffic is unlikely to return to how it used to be before the crisis quickly, since the consumer has tried shopping online, and the online trade will only grow after the development of the logistics service of online players. 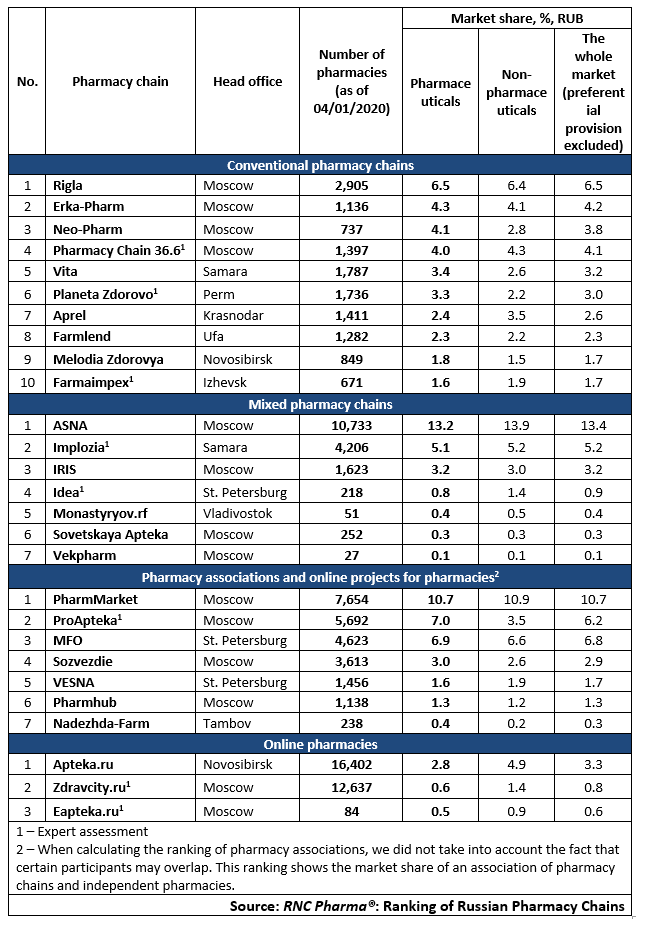