Import of Veterinary Drugs and Feed Supplements to Russia (December 2020)


Russia imported 34.5 billion rubles worth of veterinary drugs in 2020 (customs clearance and VAT included), down 8.4% in monetary terms (rubles) from 2019. The seemingly negative growth rate was due to the high-base effect, since back in 2019, the market players had stocked up their warehouses to get ready for the upcoming regulatory changes. As for feed supplements, the import volume amounted to 40.2 billion rubles, with the growth rate of +10.5%.

As for the top manufacturers of feed supplements, CJ Selecta (Brazil) had the best growth rates in monetary terms; the company’s imports went up 4.7 times. Only one product—soy protein concentrate X-Soy 600—was imported to Russia. Impextraco (Belgium) and Ajinomoto Group (France) had high growth rates as well, with the imports of both companies increasing 2.3 times. The import of Bipex H2 by Impextraco increased 8 times, while the import of L-Lysine HCL 99.0% Feed Grade by Ajinomoto Group went up 3.7 times. 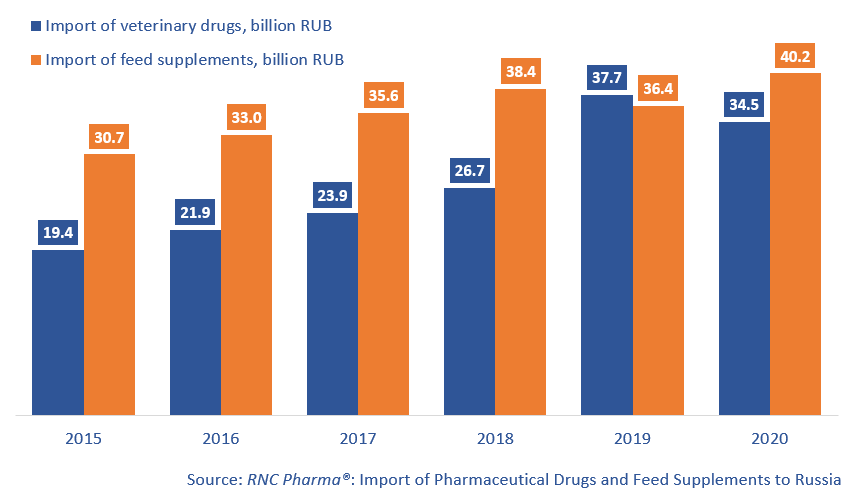