Compared to last year, Russian manufacturers paid more attention to OTC drugs. In January–September 2022, they accounted for 54.4% of the total production volume against 50.6% in January–September 2021. In MDUs, however, the share of prescription drugs was 55.2%, although lower than a year before (56%).

The number of OTC brands in January–September 2022 was 939, up 65 brands from the same period last year. The production of Bismuthi tripotassium dicitrate had the best growth rates, having increased 43.4 times against January–September 2021. It was manufactured by two companies, with Ozon in Samara Oblast accounting for the largest volume. Bismuthi tripotassium dicitrate is followed by Vinylin, a drug created in the first months of the Great Patriotic War; its production grew 21.4 times against January–September 2021. The drug was manufactured at five enterprises at once, but Usolpharm accounted to the largest volumes, contributing to the total growth rates the most. Miramed by Evalar (Biysk) rounds out the top three—its manufacture grew 20.7 times against the comparison period. One of the first generics of antiseptic Miramistin by Infamed, it is now top three in its competitive group, taking away a share from the original drug. 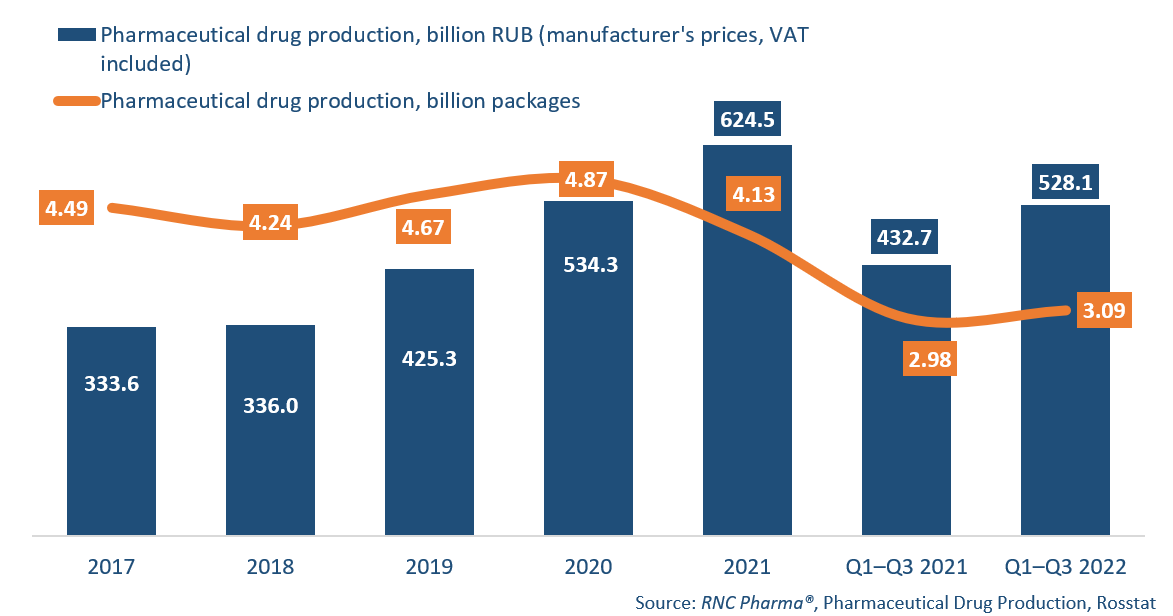