The acute phase of the COVID-19 epidemic in Russia has more or less passed, to the point that the coronavirus realities have even begun to be safely forgotten. The virus obviously has affected the pharmaceutical market in general and the pharmaceutical retail in particular, especially since there are enough “concomitant diseases” in the industry as it is. The results of the second quarter of 2020 are negative, as expected, the consumers have to settle for the stocks made during the rush, and the macroeconomics also leaves much to be desired.

Regulators do not care much about the industry problems. They have formally launched the labeling system, which means that companies operating on UTII will have to find resources to increase profitability in the near future. They are now “grasping at straws“, trying to work with unmarked products, conducting discussions with regional authorities regarding the rates for the simplified tax system with varying success, but it is already clear that small and medium-sized businesses, which are used to working with the front-margin, will have to suffer through a real crisis in early 2021.

Regulators also make it hard for big businesses, which have mastered their work with the back-margin. Anyway, the topic of a possible restriction or even a complete ban on marketing in retail is not going to disappear from the information space. However, this topic can remain as only a possibility for a long time, while the withdrawal of users of the preferential tax regime from the market is already becoming a reality, and big businesses may well expect to take advantage of that, at least occupy the vacating locations.

The formal permission to sale OTC drugs online was perceived by many in the Russian pharmaceutical retail as a lifeline, and organizations that passed by formal criteria rushed into the opening niche. However, it quickly became clear that operating online has its own specifics, which may not be obvious for conventional market players, and the online market itself turned out to be, to put it mildly, occupied by long-time participants. 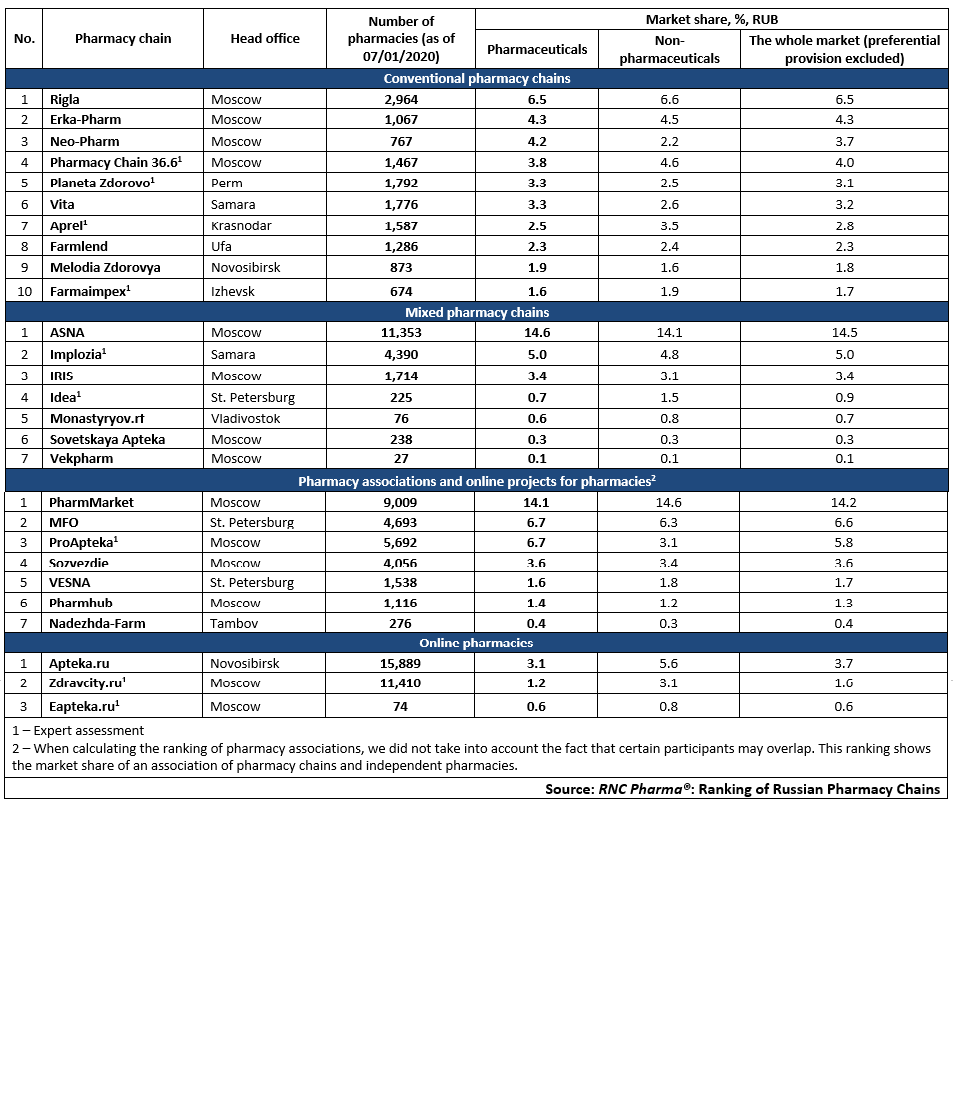