As for inactivated vaccines, there were 14 companies. Daesung Microbiological Labs (South Korea) has the highest dynamics, the company’s imports have grown by 3.7 times in monetary terms. It imported only Circo Pigvac, vaccine for porcine circovirus infection.

Among the four companies that imported combined vaccines to Russia in Q1 2020, only Boehringer Ingelheim had positive dynamics. The company’s imports (dog vaccine Eurican) have grown by 2.6 times. 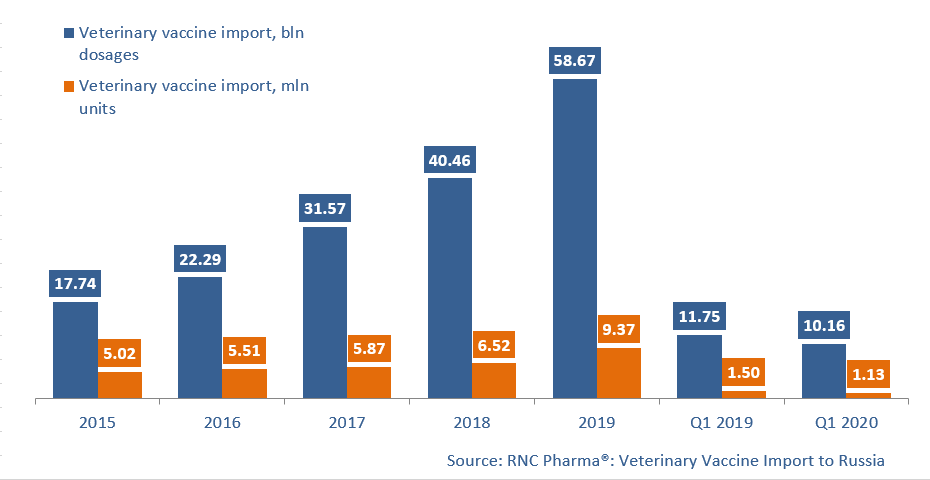