Between January and September 2020, Russia imported RUB 120.2 bln worth of APIs (customs clearance and VAT included), which is in monetary terms (rubles) 22% lower than in 2019. The import volume in physical terms (tons) amounted to 10.9 thousand tons, with the dynamics of +14%.

China has the best dynamics in both monetary and physical terms. The country’s dynamics in monetary terms (+46%) are more than twice as high as those of the whole market. The dynamics of the API import in physical terms are +19% (against +14% of the market).

However, these are far from record-worthy in the top 30; the API import from Malta has increased by 26 times in monetary terms. Only one API, antiestrogen Fulvestrantum, imported by Biocad for the production of Fazotikad in Petrovo-Dalneye, contributed to the dynamics.

China is followed by Sweden; the latter’s imports of APIs have grown by nearly 16 times. Deeper localization of production played a big part here; AstraZeneca has been importing antiaggregant Ticagrelorum since late 2019, when the full-cycle production of Brilinta was launched in the Kaluga region. Industrial-scale production has begun this year. 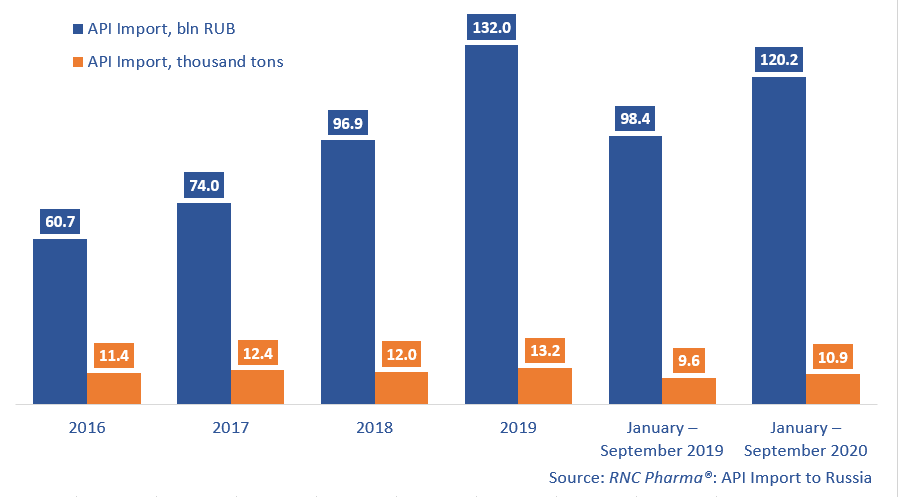