Among the 151 OTC drug manufacturers, 64 companies have negative dynamics. Moreover, 10 companies out of the top 20 has negative dynamics. Uralbiofarm has the lowest dynamics in the top 20, with -37% in physical terms. Acetylsalicylic Acid, Citramon, Activated Carbon, Allochol and Dibazol have the highest drop in production. Samaramedprom has the highest dynamics in the top 20, with the production of Pertussinum having risen by 7.6 times. 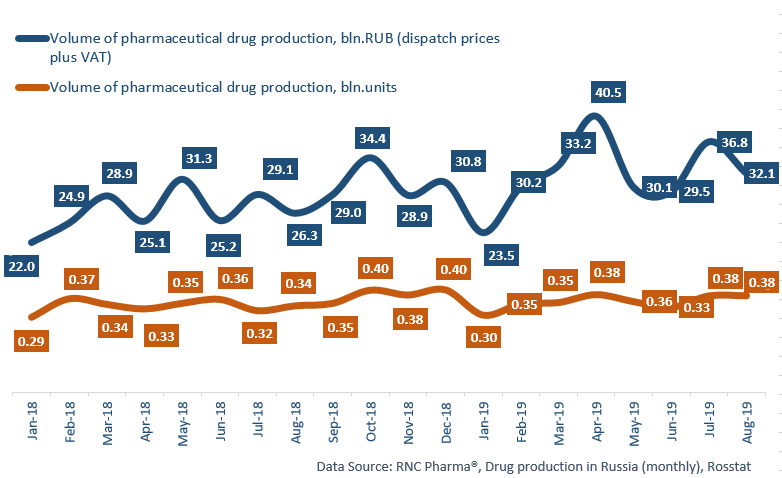