The April performance contributed to the current dynamics. In April 2018, Russia imported 8.85 bln RUB worth of API (free circulation prices), VAT included), which is in monetary terms 38% higher than that of April 2017. The dynamics of the import of technical and pharmacopoeial APIs in monetary terms were 380% and 34%, respectively. In physical terms, the dynamics were -23% and -16%.

As for technical APIs, Linezolidum is the most imported one among the 8 APIs that were last imported in 2010, with 65 kg. It was imported by Rozleks Farm (Tver Oblast) for the production of Roulin-Rowtech. 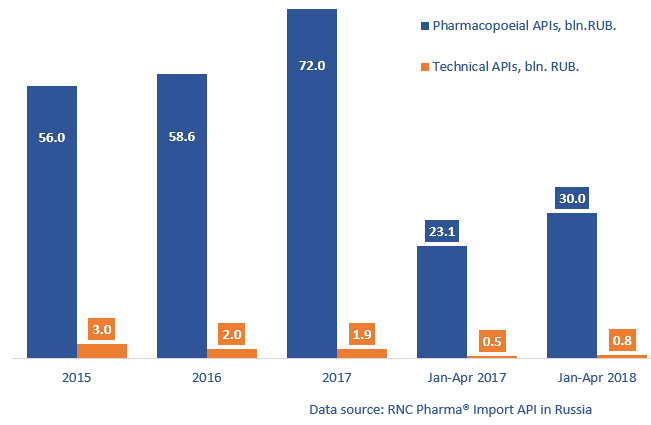