We can see the negative dynamics both for over-the-counter and Rx drugs, with the over-the-counter drug production having fallen by 12.6% over the year. While the production of Rx drugs showed positive dynamics in February, it decreased by 5.6% in March. Among the top 10 EphMRA groups of second level that are leaders in physical terms, seven showed negative dynamics in March 2018. The following groups showed tworst dynamics: antivirals (-36%), neuroleptics (-26%), cold and cough medications (-22%) and painkillers (-21%.) This is obviously due to a relatively low incidence of influenza and ARVI at the beginning of the year, which has had a big influence on the season’s trends./p> 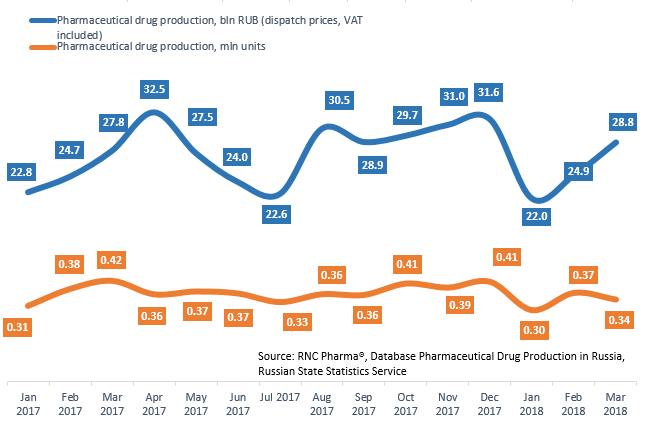