Pharmaceutical Drug Production in Russia in 2020 (by Federal Districts)

The Southern and North Caucasian Federal Districts have the best growth rates in monetary terms (rubles), with +73% and +64%, respectively. However, the total production volume in the regions in monetary terms accounts to only 2% of the total volume in Russia. Proizvodstvo Medikamentov, based in the Rostov Region (Southern Federal District), is worth mentioning: last year, the enterprise was actively increasing the production of Azithromycin, which was in high demand due to the COVID-19 pandemic.

Despite the negative growth rates in physical terms, the Far Eastern Federal District showed a significant increase in the production volume in monetary terms – +45%, which is the fourth-best result in the overall ranking. 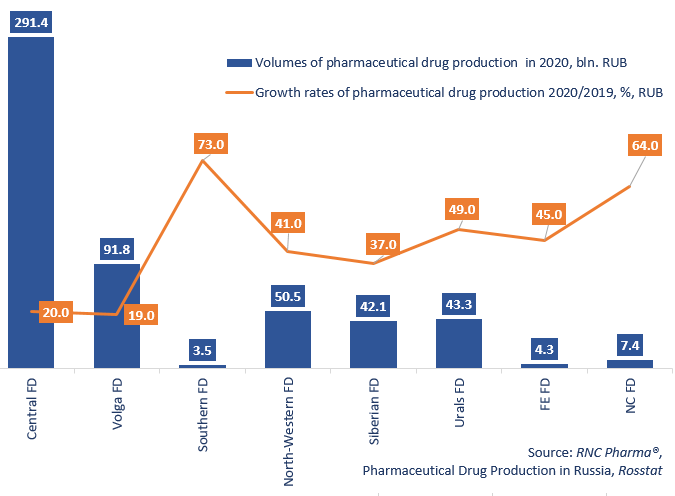