At the beginning of the year, pharmaceutical drug sale in non-pharmaceutical stores was once again one of the central topics for the Russian pharmaceutical industry. The industry professionals made an unambiguous assessment of the initiative, which could have called it quits. However, the regulators had other ideas. In December 2017, a draft federal law was submitted for public discussion.

It is no secret that once a draft federal law has been submitted, it is very likely it will pass. That is why the statement of several large Russian pharmaceutical retailers about the risk of closing a significant share of their pharmacies seriously stirred up both the industry and the general public. If the industry leaders are at risk, then what will happen to the smaller companies?

The industry leaders are no less frightened, though, with the founder of the company Magnit Sergei Galitsky selling the blocking stake to the VTB bank. We are not going to start quoting the conspiracy theories about the start of the process of nationalization of the global retail market, as they do not seem true, but it is difficult to ignore the growing role of the banking sector in retail management, including pharmaceutical. In particular, the pharmacy chain 36.6 experienced significant changes in the management structure this year, some of which seem to have been initiated by Credit Bank of Moscow. 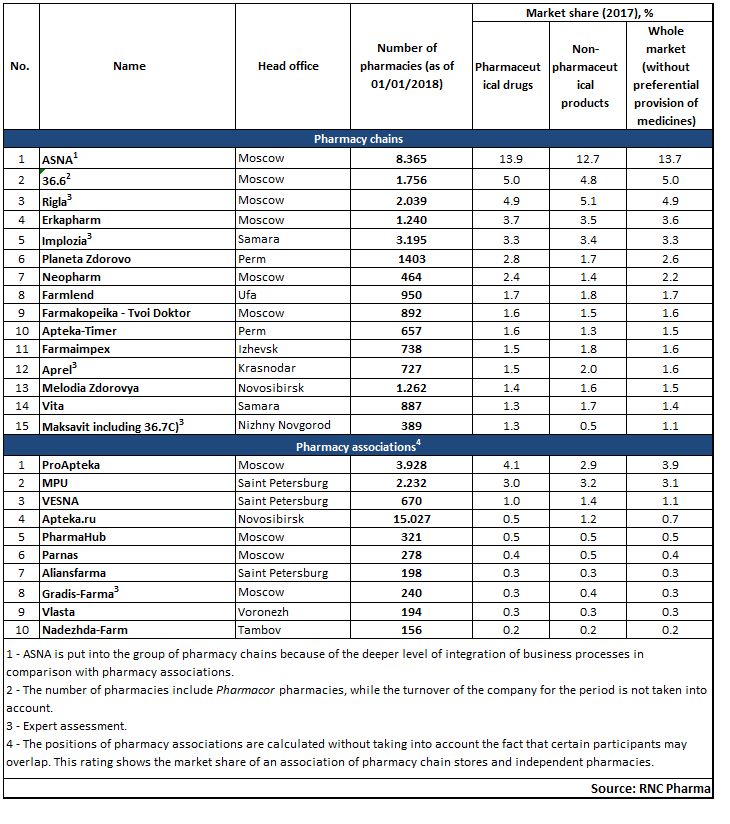