The beginning of the year for retail pharmacies was not only highlighted by further development of the economic crisis, demand fluctuation and a number of regulatory initiatives. Due to the activity of certain retailers, the industry leader has changed to A.V.E. Group.

It was not much of a surprise to the industry. The key factor was the fast development of A.V.E. Group, with a number of mergers and takeovers that took place in 2013-2014. However, it was not ordinary either, as the industry leader had not changed in 4 years.

There are other as much exciting events in the industry, though. The intentions of the state to strengthen its position in the industry by granting special conditions to public pharmacies are definitely worth mentioning. These intentions have not yet been documented, but a number of propositions, including those made by the Federal Antimonopoly Service of Russia (FAS), let us expect a number of changes of many retail pharmacies that control a considerable share of the market.

Since the beginning of the year, the FAS has been particularly interested in the industry, which does not include only public pharmacies. For examples, according to one of the newest propositions, pharmacies should recommend less expensive alternative drugs to customers. That is not the only and definitely not the last proposition of the FAS, so the industry has a lot to look forward to this year. 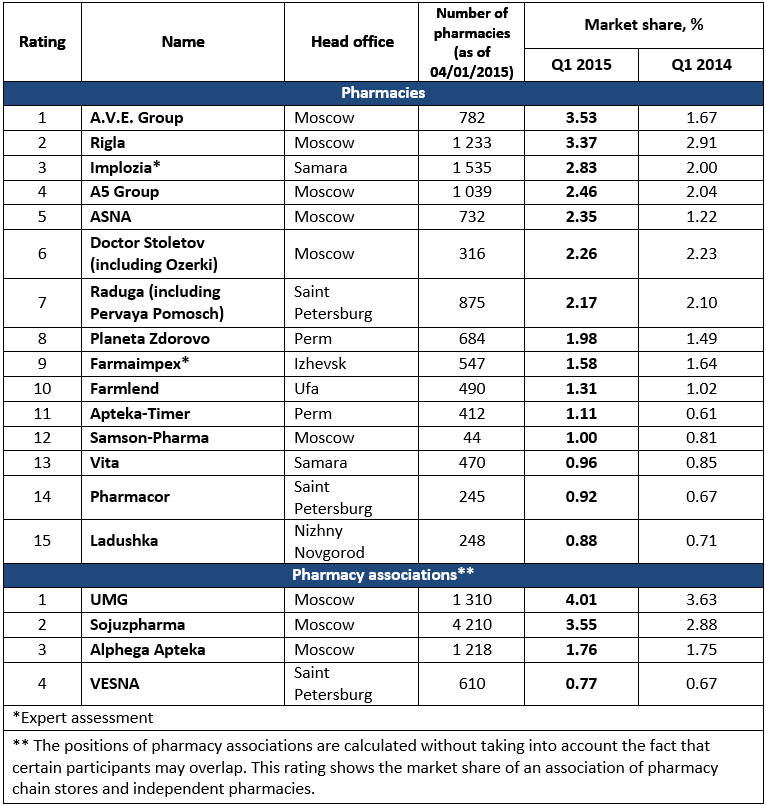