The COVID-19 epidemic naturally became the central issue of the first half of the year. For distributors, it was a time of emergency work, a major change in both business processes and cooperation with the retail. Larger companies have long been trying to tighten relations with the retail, but the epidemic revived this trend, and made it one of the key issues in relations with partners. As a result, most of the top distributors have cut a considerable number of their delivery points. The top distributors’ share was also declining, but the factor of uneven market development was of prime importance here, since the state segment grew several times faster than the retail.

Another obvious achievement of the first half of 2020 is that the online sale of OTC drugs has been formally allowed. Distribution companies are directly concerned with this topic. The development of the online drug sale is technologically dependent on the wholesale. Historically, most representatives of other industries, say, in the field of FMCG retail, developed their online segment not so much as an addition to the main service for the consumer, but as a way to expand their logistics. The online segment made a leap in development because of the epidemic, and nearly became a fixture in the retail. In the pharmaceutical market, the largest online projects have developed approximately on the same principles, with minor industry-specific characteristics dictated by regulatory specifics. Allowing online sales added opportunities for development. It launched the formation of marketplace competencies based on distribution services for booking, which is a landmark phenomenon for a historically conservative industry.

Finally, the labeling system has been launched, albeit with some concessions. While it is a big headache for the pharmaceutical retail, in some cases presenting the need to seriously revise the efficiency of internal business processes, it probably will not be an exaggeration to say that distributors also see it as a tool for competition. The ability to supply unlabeled products has become a very important factor in choosing a supplier for some retailer, almost comparable to the conditions for deferred payments. 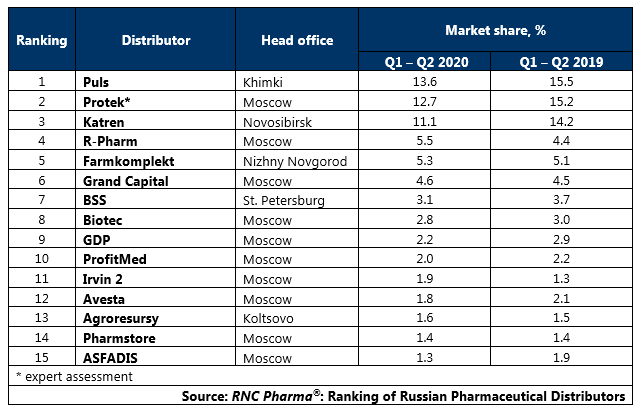