Pharmacy chains have always developed with the money of the producer, first at the expense of commodity loans through distributors, later directly from the marketing budgets. There would not be anything wrong with that if some distortions did not occur from time to time at different stages of the system's operation.

The current situation is aggravated by the so-called pseudo-distribution system that has been around for the last several years. Thanks to that system, retail goods are sent to the wholesale market, which, on the one hand, breaks the distribution system, because the goods appear on the market with minimal, sometimes even negative markup, and on the other, it forms a significant amount of waste, which, given the persistent decline in demand, the market simply cannot process.

So, the manufacturing headquarters began to understand the need to review relations with pharmacy chains, hence the desire and readiness to implement the system of labeling pharmaceuticals, which in theory actually covers a number of problems with the pharmaceutical drug circulation. The only problem is that the system cannot technically start working until 2020, and by that time the wastes will have turned into a very toxic asset. 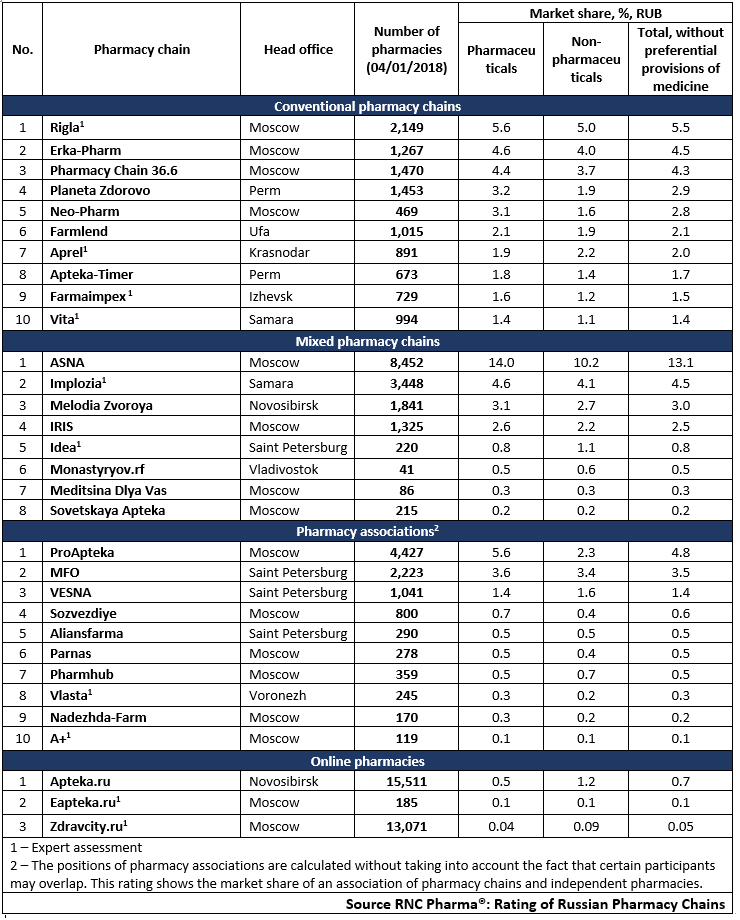