In 2018, the Russian pharmaceutical retail saw one of the worst results of all time. The market volume was stagnating, while the dynamics in monetary terms could not rise higher than +2.2%. The dynamics in physical terms were negative, -3.2%. When even Rosstat could not register the incomes of the population growing, it is impossible to expect high purchasing activity. While the Rx drug dynamics were more or less stable, the decreasing dynamics of OTC drugs, dietary supplements, and certain categories of parapharmaceuticals significantly affected the profitability of pharmacies. The dynamics were declining not so much due to low sales of specific non-medicinal products, but rather due to these products being transferred into the so-called big retail, which offers the same products at more attractive prices.

As for the back margin, the manufacturers realized their mistakes and started a global reform of the system of marketing bonus payments. Then, the Deputy Chairman of the State Duma Sergei Neverov made a proposition to limit the bonus amount. He appealed to the President with the initiative to develop corresponding amendments to Russian legislation. No wonder that the news about the possible bonus limitation by the state was huge. For the Russian pharmaceutical retail, it has become an event almost more significant than the recently discussed possibility of allowing drug sale in non-pharmaceutical retail.

Unfortunately, there is a persistent feeling that the Russian pharmaceutical retail has been acting as a victim for the last few years. Not only the regulatory pressure grows, but also the constant influence of non-pharmaceutical players does.

Parapharmaceutical drugs are no longer sold pharmacies but in big retail, including online stores. It has already become a reality, and in the future, the new FMCG players will be receiving the pharmaceutical retail proceeds. Neither pharmacy chains nor independent pharmacies have any real opportunity to fight these trends. Deep conservatism is artificially cultivated in the pharmaceutical market, as well as in the health care system. In this case, the technological age shift will still occur because it has already started in the global retail market. If the regulators do not change the way they treat the pharmaceutical retail, this process will turn out very painful. 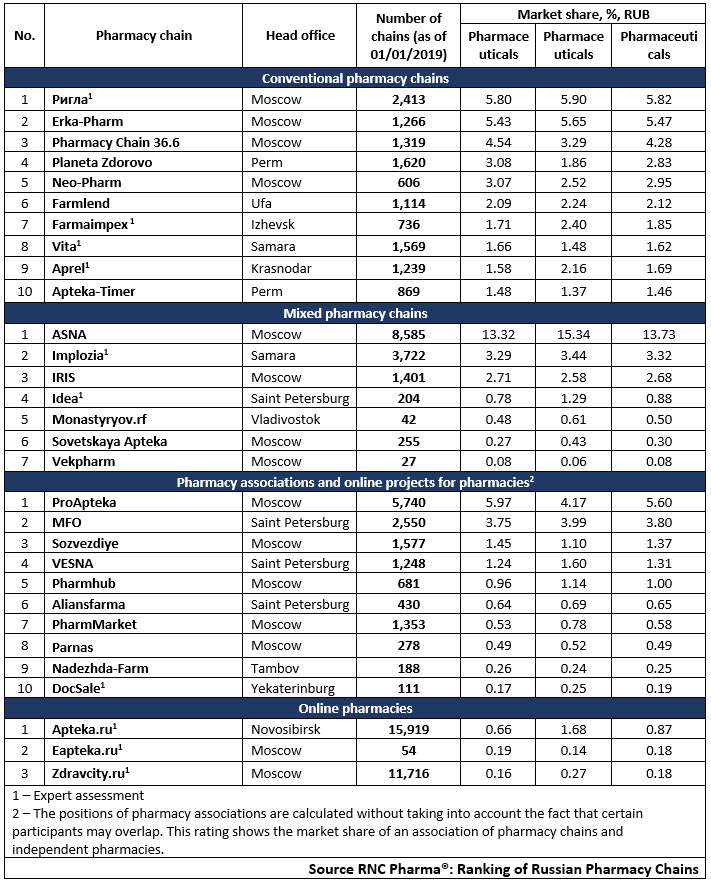