Import of Veterinary Drugs and Feed Supplements to Russia in 2021

Russia imported veterinary drugs from 107 manufacturers in 2021. Czech Contipro had the highest growth rates, having increasing its imports 7.9 times compared to 2020. The company imported only Bonharen, a drug for the treatment of arthrosis and arthritis in horses and small pets. Contipro is followed by Industria Italiana Integratori (imports grew 6 times), which imported three drugs for livestock to Russia in 2021, with antibacterial Doxipan contributing to the growth rates the most. Both companies are outside the top 20, however. As for the top companies, Pucheng Chia Tai Biochemistry is worth mentioning, having increased its imports 2.6 times. The company imported two antibacterial drugs for livestock animals.

245 manufacturing companies imported feed supplements to Russia in 2021. German ZMC Europe had the best growth rates among to top 20 companies (imports increased 2.3 times in monetary terms). The company imported three drugs, with Vitamin E 50% Feed Grade contributing to the growth rates the most. Austrian Schaumann Group’s imports grew by 78%. It imported products of 14 brand names, but its energy drink Rindavit and metabolism supplement Tirsana BSK contributed to the growth rates the most. 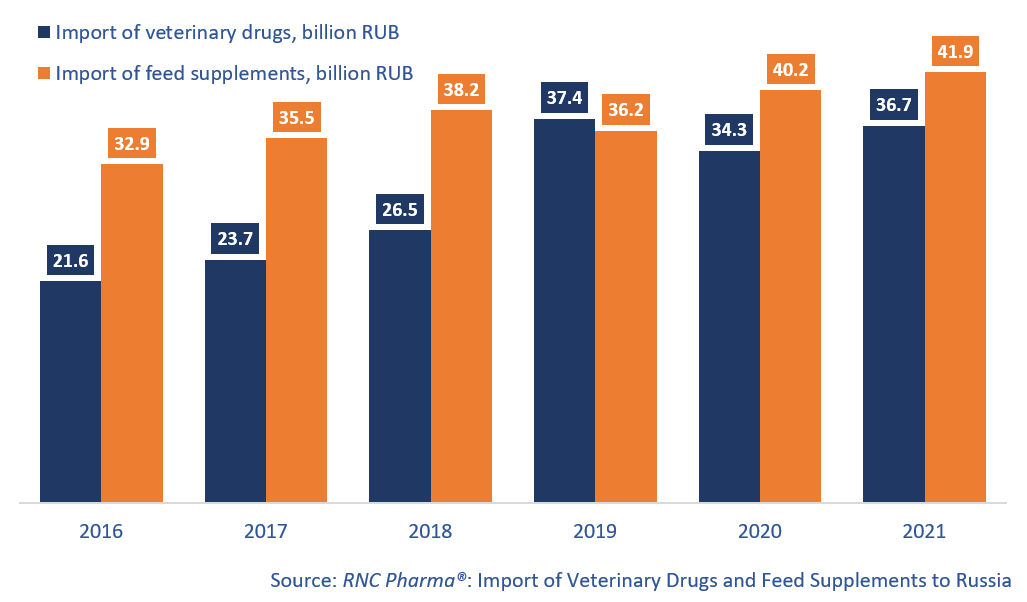