Import of Veterinary Drugs and Feed Supplements to Russia (April 2022)

Importing countries also continued to change in April 2022; in particular, imports of veterinary drugs from Belgium, Austria, France and Germany plummeted. Imports from China (14.6 times in packages), Slovenia (4.8 times) and Switzerland (2.6 times) grew significantly. As for feed supplements, imports from Germany, Belgium and Malaysia sharply decreased, while imports from Turkey increased 8 times (in tons) against April 2021, as well as from China (2.9 times), and from Hungary (20 times).

Spanish Laboratorios Maymó had the best growth rates in January–April 2022 among the top 20 manufacturing companies of veterinary drugs. The company’s imports increased 22.8 times against January–April 2021, with antibacterials for livestock animals Doxigran and Enrogran contributing to the growth rates the most. Laboratorios Maymó is followed by another Spanish company, Biokorm International, which increased its imports 14.6 times against January–April 2021 thanks to antibiotics, in particular Amoxivet. Chinese Zhejiang Dayang Biotech Group rounds up the top three, having increased its imports 7.9 times. Its antibacterial Enduro contributed to the company’s growth rates the most. 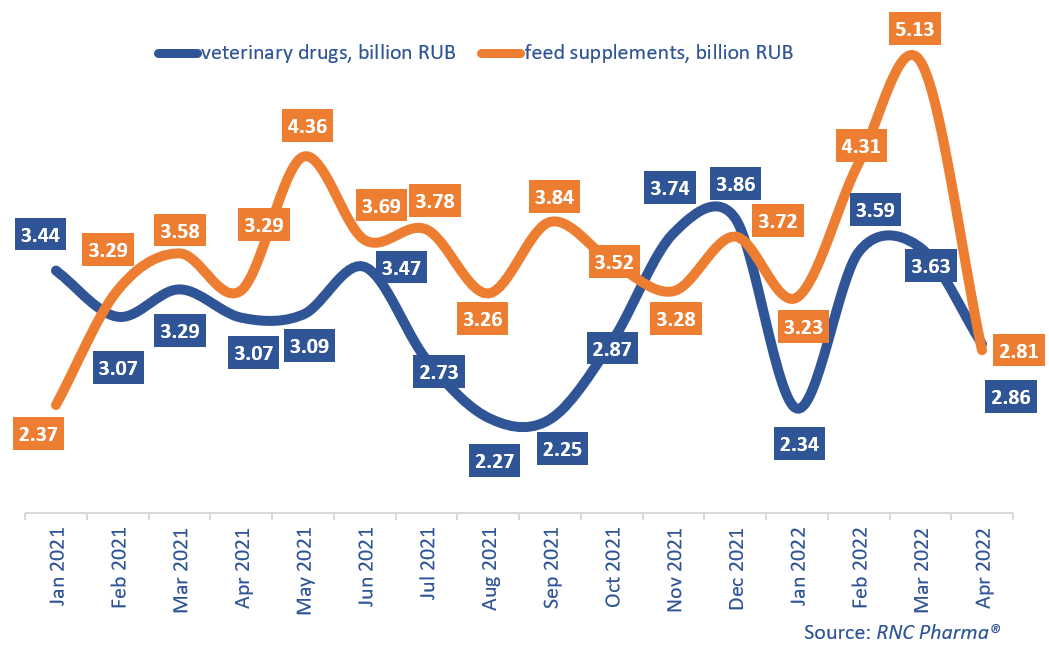