At the beginning of 2018, the Russian pharmaceutical market confidently stepped over the uncertain period of stagnation and then started to fall. If earlier it could happen only in certain sectors of the market, the retail could still improve the dynamics. Now the retail is in danger, which is about 70% of the Russian pharmaceutical market, so that the absolute majority of participants in the market will feel the consequences.

There are already enough problems in the industry: the retail has accumulated significant debts, with a high proportion of non-repayments; the so-called pseudo-distribution. In addition, the retail is actively consolidating, which results in a more impudent behavior towards suppliers, in particular, demand for longer deferred payments.

Wholesalers are sure to react, and now the atmosphere in the industry is so tense that it is not just about demanding additional guarantees for the collection of receivables from pharmacies (insurance or bank guarantees), but also about measures to stop payments to suppliers (manufacturing companies) if the threshold volume of effluents for specific products is reached. The manufactures received this unambiguous "feedback", so now the absolute majority of larger companies, on the one hand, reduced the volumes of goods receipt to the market, having realized that otherwise this tail formed on the market will no longer resolve, on the other, they have become more accommodating with distributors while discussing sales plans.

There is, however, a possibility that this realization is too late and the problem in one form or another will go into the acute phase. It is possible to solve it once and for all only after a cardinal revision of the mutual relations of the manufacturer and retail. In this regard, the refusal of Rostec to purchase SIA International and possibly sell it to Magnit looks logical. 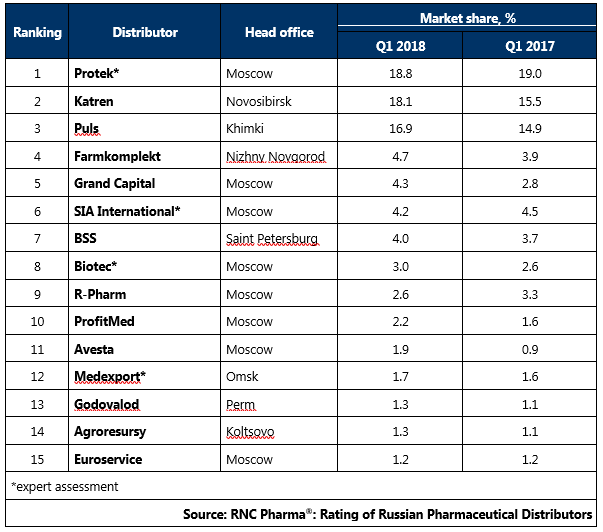