In February 2015, Russia imported 35.2 bln RUR worth of ready-made pharmaceutical drugs, with the import expenditures rising by 22%, compared to 2014. The actual volume of import has fallen by 8.5% over the year, continuing the trend that started in January. As for the preferred currency, we can see the previous year’s trends returning – the percentage of contracts concluded in rubles has risen from 90% in January to 94% in February.

The prices have also risen considerably (+33.5%), compared to February 2014. Today, the average cost per unit of ready-made pharmaceutical drugs amounts to 204 RUR, with the average cost for VEDs exceeding 217 RUR. To a certain degree, that was the cause of a significant increase in the volume of import in ruble terms with a serious drop of the actual volume of import. 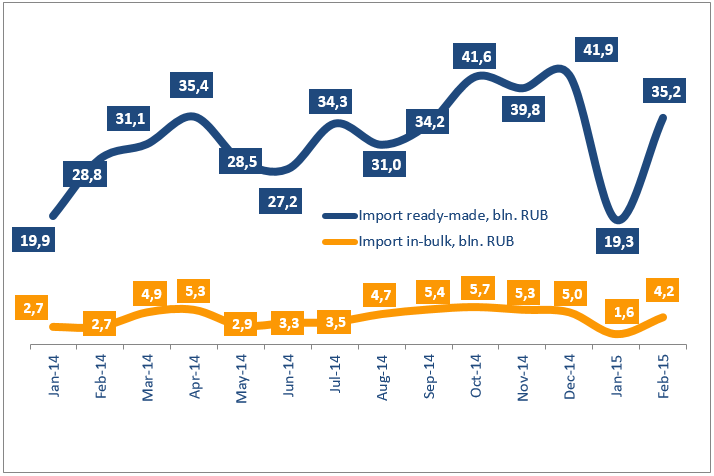