Import of Veterinary Drugs and Feed Supplements to Russia (July 2022)

Laboratorios Maymo (Spain) had the best growth rates in monetary terms among the top 20 importers of veterinary drugs in January–July 2022—its imports grew 20.6 times against January–July 2021, setting a record for the analyzed period. The company imported six different brands, with two antibacterials for livestock, Doxigran and Enrogran, contributing to the growth rates the most. As for drugs for pets, Euracon Pharma (Germany) had the best result, increasing its imports 3 times against January–July 2021. The import of its anthelmintic Caniquantel contributed to the company’s growth rates the most. However, the company is outside the top 20 in terms of import volume.

Ningxia Unisplendour (China) had the highest growth rates among the top importers of feed supplements—its imports went up 72.5 times against January–July 2021, with DL-Methionine contributing to the growth rates. TRM Thoroughbred Remedies (Ireland) had the best results among the manufacturers of feed supplements for pets, increasing its imports 4.6 times against January–July 2021. The company imported two products, with Stride, a chondroprotector for dogs, helping the growth rates the most. 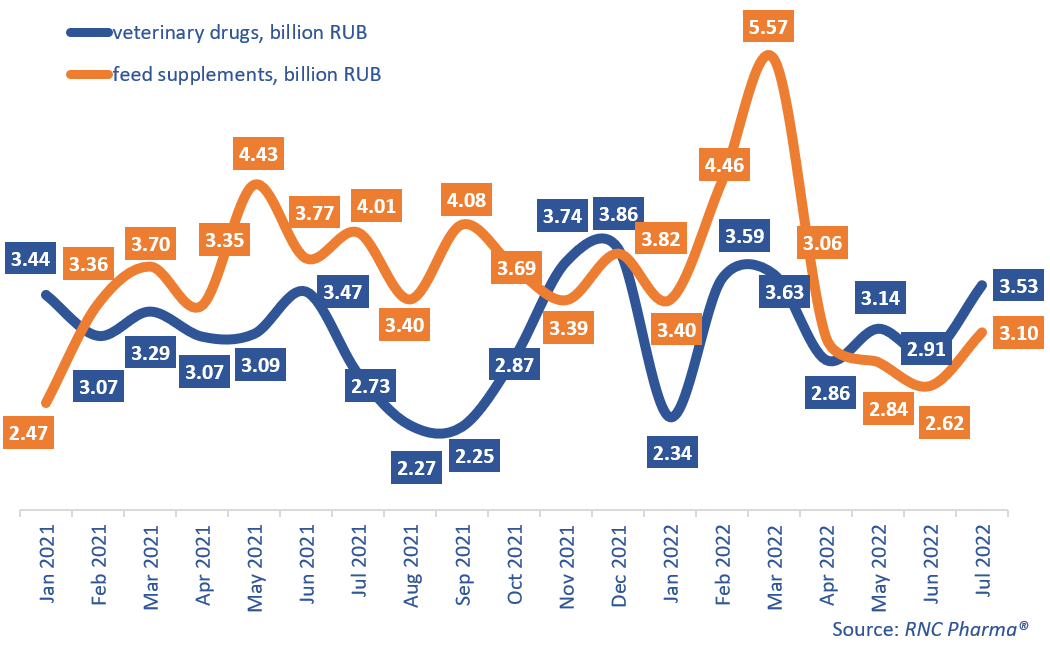