The results of July 2022, 50.3 billion rubles, barely surpassed a seven-month low recorded in January, when there were only 16 working days. However, the growth rate in July was 18.6%. In physical terms, the growth rates were negative for the first time since January, –1.6% in packages and –2.9% in MDUs, with 289 million packages, or 5.6 billion MDUs manufactured.

Two Pharmstandard brands had the highest growth rates among the top 50 prescription drugs—Combilipen (manufacture grew 2.6 times in packages) and Taufon (2.4 times). Golda MB by Pharmasyntez and Phenibut also had good growth rates—the manufacture grew 2.2 and 2.1 times, respectively. Phenibut was produced at 10 different enterprises, with Patent-Farm having the best growth rates. However, it is Tyumen Chemical and Pharmaceutical Plant that is responsible for the actual manufacture of the product. Outside the top, Salbutamol had the best growth rates (manufacture increased 4.9 times against January–July 2021); the drug was produced by four enterprises, with Semashko Moskhimfarmprepraty contributing to the growth rates the most. Again, the actual manufacturer of the drug was another company, Kirov Pharmaceutical Factory. 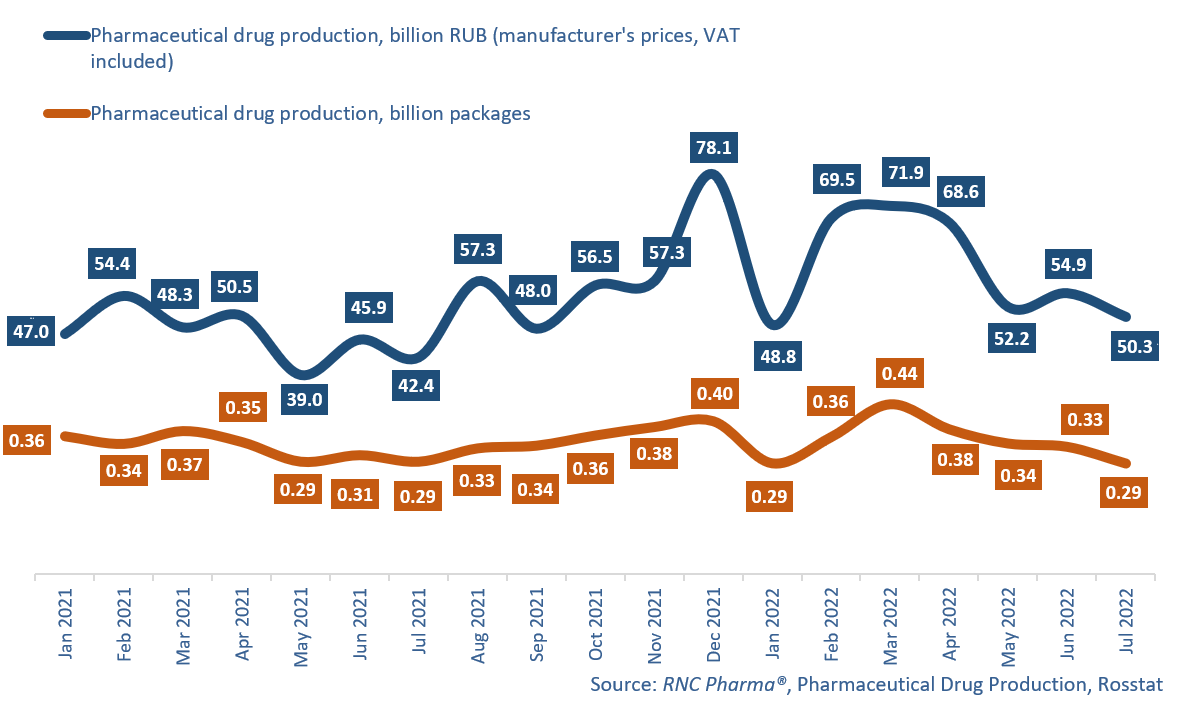