In January–July 2022, Russia imported 122 billion rubles’ worth of APIs (customs clearance and VAT included), up 6.1% from January–July 2021. In physical terms, however, the growth rate was as high as 19% (raw materials became cheaper due to ruble revaluation), with 11,300 tons imported.

As for pharmacopoeial APIs, osimertinib had the highest growth rates in the top 20—its imports grew 3.5 times against January–July 2021. This API is imported in the interests of AstraZeneca Industries for the production of antitumor Tagrisso in Kaluga Oblast. The import of deproteinized hemoderivative of calf blood increased 2.1 times against January–July 2021; the entire volume was imported in the interests of Takeda for the localization of a foreign drug. Its finished form is produced at a Takeda enterprise in Yaroslavl. 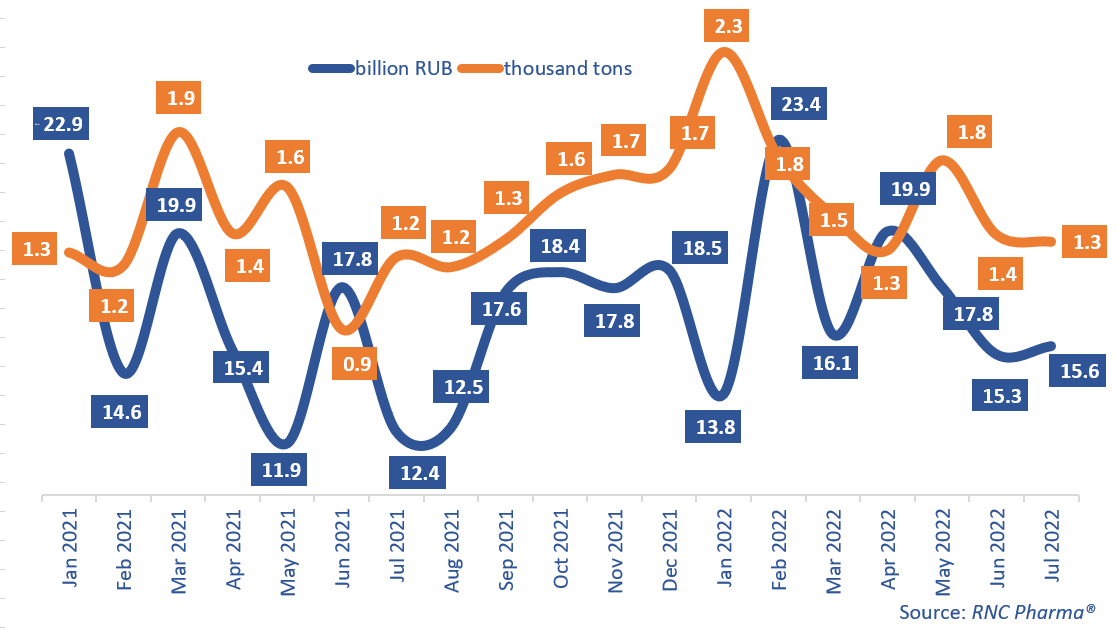