The new year for the Russian pharmaceutical industry did not start that well. In January, Russia dispatched 22 bln RUB worth of pharmaceuticals (dispatch prices, VAT included) to the market, which is in monetary terms 3.4% lower than that of January 2017. The growth rates in physical terms are even worse, with a 7.2% decline and 0.29 bln units. The decline was largely due to over-the-counter drugs, with a 13% decline over the year. The dispatch of the Rx category has risen by 4%, though.

The top 3 companies has shown a decline in dispatch, with a few percent difference between the companies. Pharmstandard has become the leader in production, while the dispatch has fallen by 11%. The dispatch by Ozon and Tatkhimfarmpreparaty (second and third place) has fallen by 13% and 14%, respectively. Among the top 10 companies, Irbitsky KhFZ has shown the best progress, with a 62% rise. 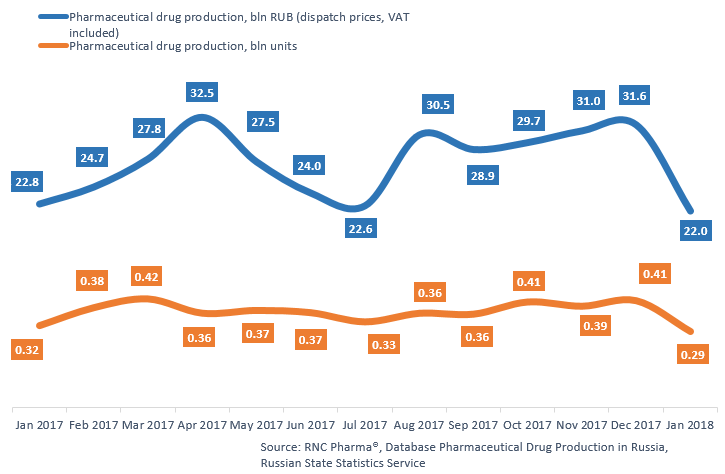