In January–August 2022, Russia imported 535.5 billion rubles’ worth of ready-made pharmaceutical drugs (customs clearance and VAT included), up 9.4% from the same period in 2021. It was mainly the work in August that helped maintain positive growth rates. As for bulk drugs, the growth rate was 23.4%. In physical terms, the growth rates for both groups were negative. The import volume of ready-made drugs was around 1.1 billion packages, down 7.7% from January–August 2021. The import of bulk drugs was 983 million MDUs, down 34.6%.

As for manufacturers of bulk drugs, CSL Behring once again had the best growth rates—the company increased its imports 4.6 times against January–August 2021. Astellas Pharma (Japan) and Eli Lilly (USA) also had high growth rates—imports grew 2.8 and 2.6 times against January–August 2021, respectively. Flemoxin Solutab, packaged at Ortat of R-Pharm in Russia, contributed to Astellas Pharma’s growth rates the most. The import of antitumor Cyramza, packaged at a Pharmstandard enterprise in Ufa, helped the growth rates of the American company. 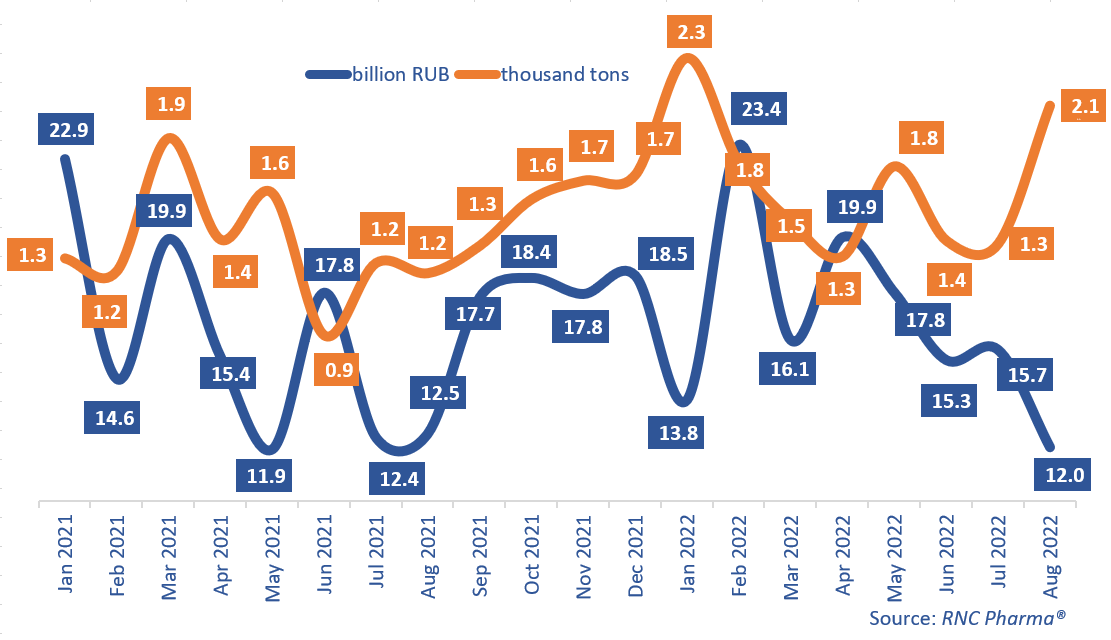