In January–March 2022, Russian manufacturers produced 190.2 billion rubles’ worth of pharmaceutical drugs (manufacturer’s prices, VAT included), up 27% from January–March 2021. In physical terms, the production volume was 1.09 billion packages, up 1.6% from the same period in 2021. If calculated in minimum dosage units (MDU), the growth rate was 2.5%, with 20 billion MDUs produced.

While increased drug production in March is nothing out of the ordinary during this season, this year Russian manufacturers saw a rush provoked by the events in Ukraine. They had to work at an accelerated pace, which proved to be doubly difficult due to a serious lack of pharmaceutical raw materials, with the logistics system completely reorganized. In addition, the foreign exchange market situation was very tense in the early stages of the crisis, which could not but affect the cost of production.

This rush demand was short-lived, however. The situation was most difficult in the first weeks of March 2022, but the standard consumption trends typical for the season more or less returned by mid-April—obviously adjusted for the fact that consumers had stocked up on products. But the manufacturers had to quickly adjust too—they had to change their plans for the range of products produced. They decided to focus on producing OTC drugs—the manufacture of OTC products grew by 32.7% in packages, while that of Rx drugs increased by only 4.6%. 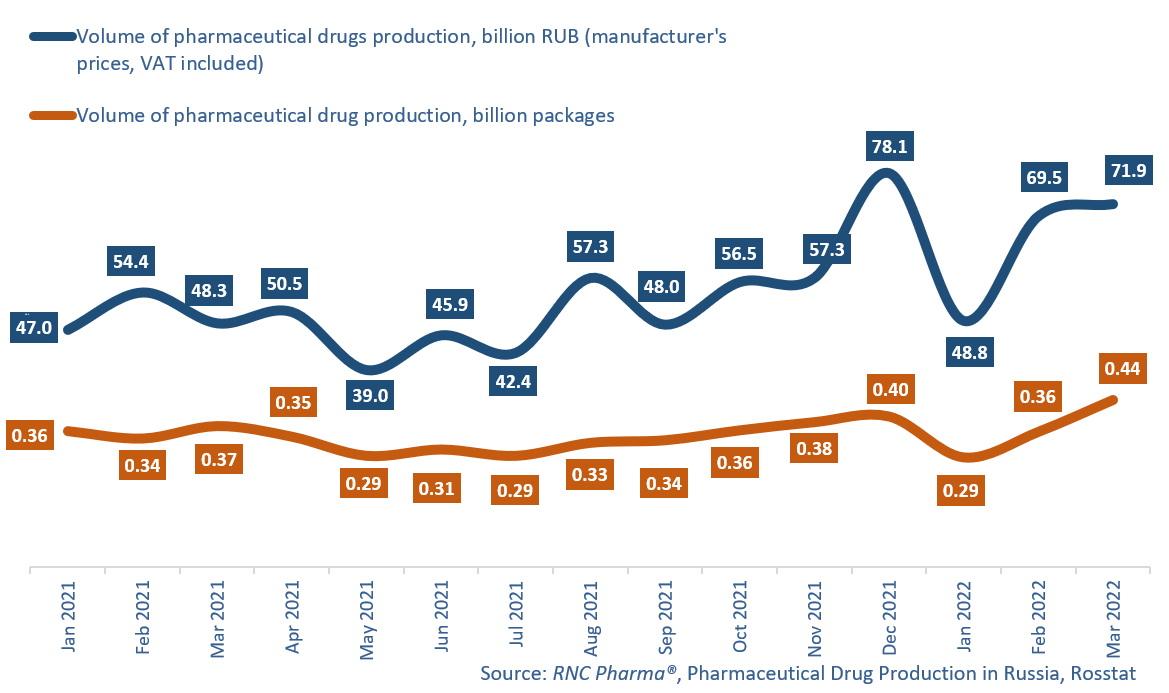