Virbac Group is the biggest importer of veterinary drugs, it has increased its import by 8 times over the year thanks to Deltanil (an anti-ectoparasite drug for livestock) and Shotapen (an antibacterial drug).

As for the import of veterinary APIs, Protek (Russia) is the leader, with a 6.4 times increase. Over the year, it imported only 3 drugs, mostly Tilmicosin and Florfenicol, which was imported from China. 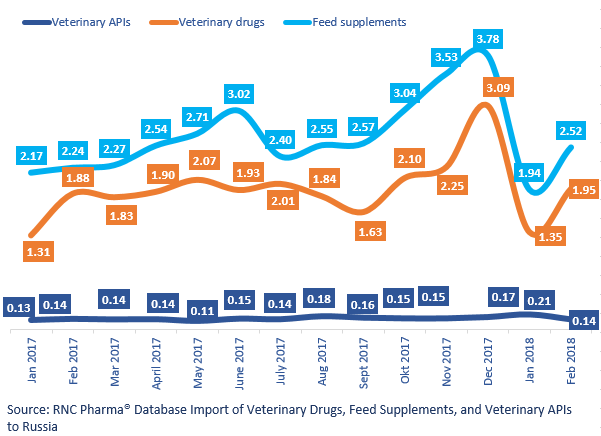