Import of Veterinary Drugs and Feed Supplements to Russia (May 2022)

The countries importing veterinary drugs to Russia in January–May 2022 remained practically the same—37 regions, including transit countries, against 39 a year earlier. The import structure did not change that much either, with China having the best growth rates (its imports grew 3.7 times in rubles against January–May 2021). China mostly imported its own products, including Enduro and NKP, manufactured and imported for Russian Vetpharmstandart. Imports from Poland increased 2.1 times against January–May 2021, but Poland, serving mainly as a transit country, imported products from seven other countries, helping, in particular, Elanco import Milbemax from its enterprise in France.

As for feed supplements, the number of importing countries decreased by 5—from 40 to 35. The import structure also suffered a more noticeable change, in particular, imports from Turkey grew 4.4 times in rubles against January–May 2021. Turkey was mainly a transit country; its transit imports included lysine hydrochloride and lysine sulfate from Indonesian Pt. Cheil Jedang. Turkey is followed by Great Britain (imports grew 2.9 times), which imported its own products, in particular, Alltech products, such as Mycosorb, Actigen, etc.

Growth rates of the import of veterinary drugs and feed supplements to Russia (EEU countries excluded), free circulation prices including customs clearance and VAT (January 2021–May 2022) 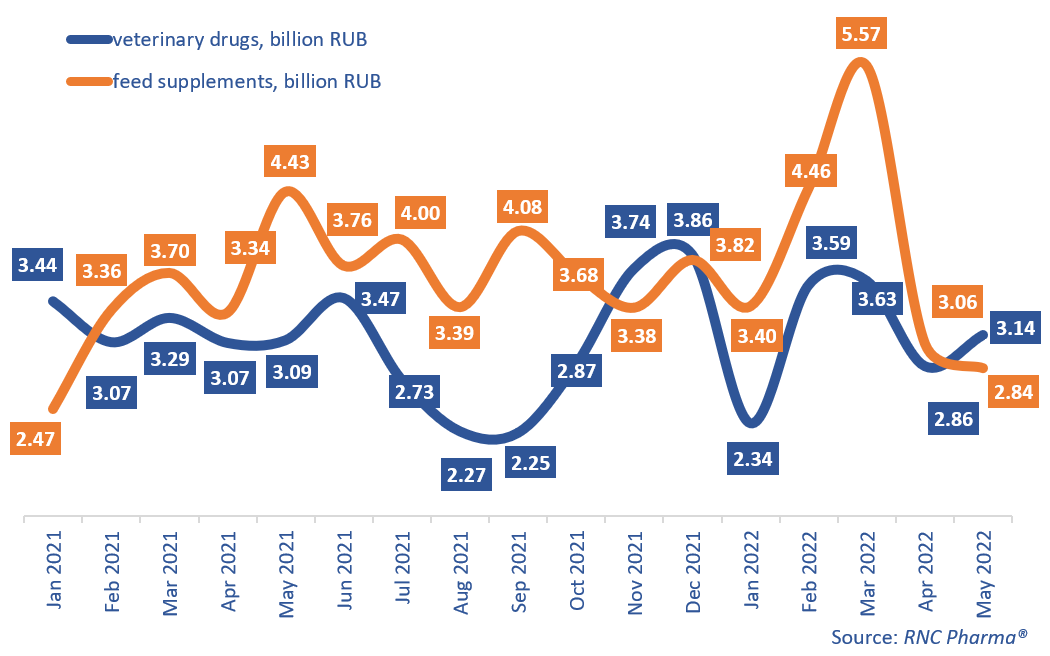