2021 Ranking of Pharmacy Chains in Russia


Just two weeks ago, the most pressing issues for the Russian pharmaceutical retail were the prospects of allowing the online sale of Rx drugs and the upcoming labeling of dietary supplements. However, the world has changed so rapidly that now pharmacy chains have to deal with the potential problem of a receipt paper shortage. Not only has receipt paper risen in price several times, it has also become difficult to obtain.

Half-forgotten, like a bad dream, rush demand has appeared in the news agenda for the first time since the “coronavirus” year, bringing back the long lines and the shortages of the necessary drugs and medical devices. The shortages are associated not so much with actual logistics issues, but with the behavior of consumers, who suddenly started to stock up for a rainy day. The nature of the rush demand now has slightly changed in character compared to 2020, when it was about a relatively small product group and people were worried about their own health. Now, however, an attempt to implement an investment consumption strategy seems more likely.

The complicated situation in the foreign exchange market, together with the fact that the Russian pharmaceutical market depends on imports so much, obviously make it nearly impossible to maintain the prices at pre-crisis levels—even the price regulation system for VED list, which has worked perfectly for almost 12 years, will require changes. Maintaining the prices at the previous level while the costs were rapidly growing would be a direct path to severe shortages. Despite all that, however, a fully stocked home first aid kit seems like a rather dubious asset. The consumer is likely to realize this quite soon, and then other strategies will take a lead, for example, a new round of import substitution can be expected.

The market witnessed other transformations, which had seemed impossible before, including an actual suspension of iHerb in Russia, which hardly any of the opponents of the developing cross-border e-commerce could have imagined. But this really has happened, providing a somewhat historical chance for market participants to develop alternative services. At the moment, the New Year’s joke about 2022 is coming true—another 2020 to significantly affect both the everyday life of consumers and the processes in the business community. While the most pressing problems in the industry will obviously be resolved within a few weeks, the whole situation will have more or less stabilized by the second quarter of 2022. By the end of the year, we will most likely be living in a completely different historical reality, with a drastically changed pharmaceutical market. We can only hope that these changes will be for the better. 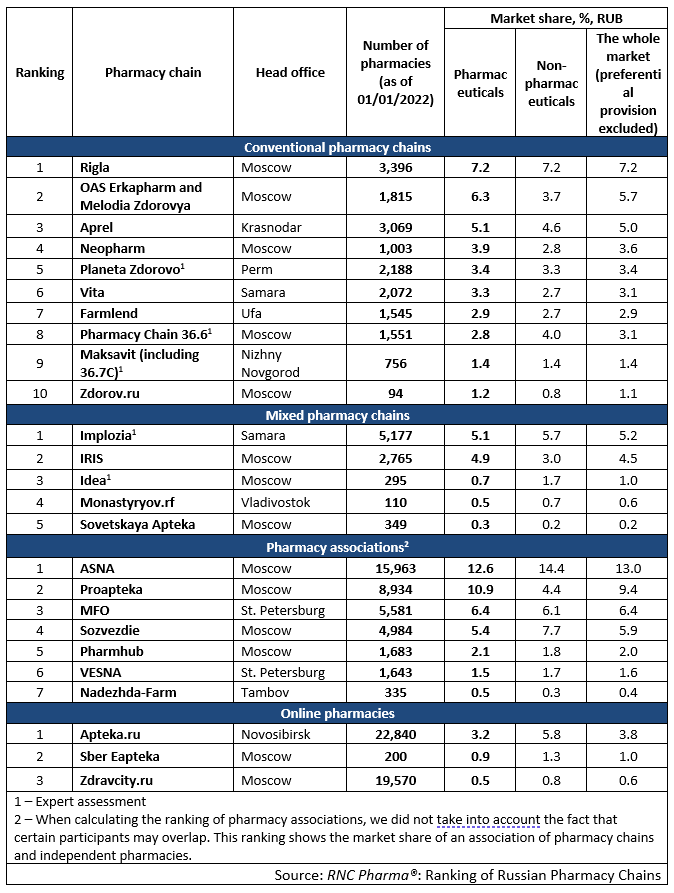