The Russian pharmaceutical retail market was able to go through the rush demand, which immediately followed the crisis due to the events in Ukraine, without any major difficulties. In addition to the revenue skyrocketing, the infrastructure also had a significant growth. As of April 1, 2022, the total number of pharmacies in Russia reached 72,200, an all-time high growth (+ more than 3,000 pharmacies).

The pharmaceutical market has often been perceived as a stable segment, including by many grocery retailers, who have tried to develop here, with these attempts varying from “successful” to “not that successful.” The current circumstances, when the pharmaceutical industry is able to more or less avoid the sanctions, help to strengthen this belief. Accordingly, the number of retailers interested in joining the pharmacy segment is also growing. For example, the L’Etoile and Golden Apple beauty retailers have expressed their wish to expand in the pharmacy direction.

However, the situation in retail segment is by no means as good as it might seem. It is not that a drop was sure to follow the rush demand—that did not surprise anyone. The problem is that the terms of relations between the manufacturer and the retail distributor are experiencing major changes. The pharmaceutical market is still going through a certain liquidity crisis—albeit to a lesser extent, with the physical absence of goods not the main issue.

The terms of partnership cooperation have already begun to change, in particular, payment deferrals have been reduced, with deferral conditions depending on the purchase price. The pharmaceutical retail is unlikely to shift to an “advanced payments only” model, which would lead to pharmacies closing one by one in the current conditions. However, it is an indisputable fact that partners are now being strictly ranked by priority. The retail is becoming the supplier’s market, not just making the retailer lose the means of pressure on their partners, but also getting the manufacturer closer to being able to kind of “set” the margin of the segment.

Obviously, new players entering the market in such conditions is out of the question. While there is also no objective reason to assume that the retail is going to face a series of mass bankruptcies this fall, the consolidation processes in the market are sure to receive new incentives for development. The only question is how fast these processes will be and how far they can go. 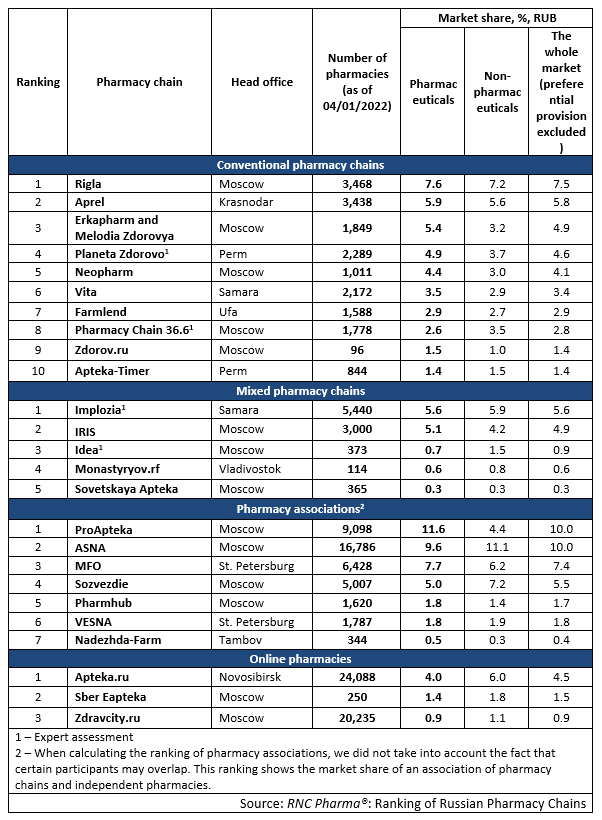